Joseph Akinwale Akinfenwa-Donus (born 21 May 1997), known professionally as Joeboy, is a Nigerian singer and songwriter.[1] Mr. Eazi of record label “emPawa Africa” discovered him in 2017. His genre of music is that of Afro pop and R&B. He was born in Lagos State, Nigeria.

Mr Eazi-assisted track “Fààjí” on October 26, 2018; he used his portion of the grant he received from emPawa100 to shoot a video for the song.[2][1] Joeboy’s single “Baby” was released on March 1, 2019; it garnered 20 million streams across YouTube and Spotify in 2019.[3] The visualizer music video for “Baby” surpassed 31 million views on YouTube.[4] Joeboy released the Killertunes-produced track “Beginning” on August 15, 2019. The visualizer music video for “Beginning” surpassed 23 million views on YouTube.[5] In it, he finds himself developing feelings for a friend whose advances he had initially dismissed.[6] Joeboy released his debut extended play Love & Light in November 2019.[7] It was released by emPawa Africa and was supported by the singles “Baby” and “Beginning”.[8] The EP also contains the Mayorkun-assisted track “Don’t Call Me” and “All for You”.[9]

Joeboy won Best Artiste in African Pop at the 2019 All Africa Music Awards, and Best Pop at the 2020 Soundcity MVP Awards Festival.[10][11] He was nominated for multiple City People Entertainment Awards and The Headies.[12][13] Joeboy released the Dera-produced track “Call” on April 10, 2020.[14] Described as a “catchy love song”, “Call” is the lead single from his upcoming debut studio album. The TG Omori-directed video for “Call” features dystopian sci-fi themes.[15]

In January 2021, Joeboy announced his debut album Somewhere Between Beauty & Magic, set for a February 4 release.[16] 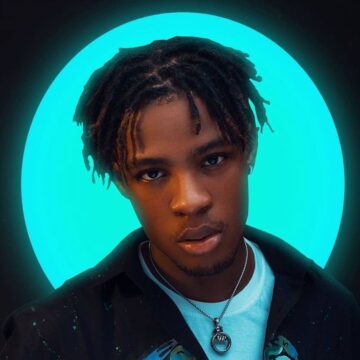